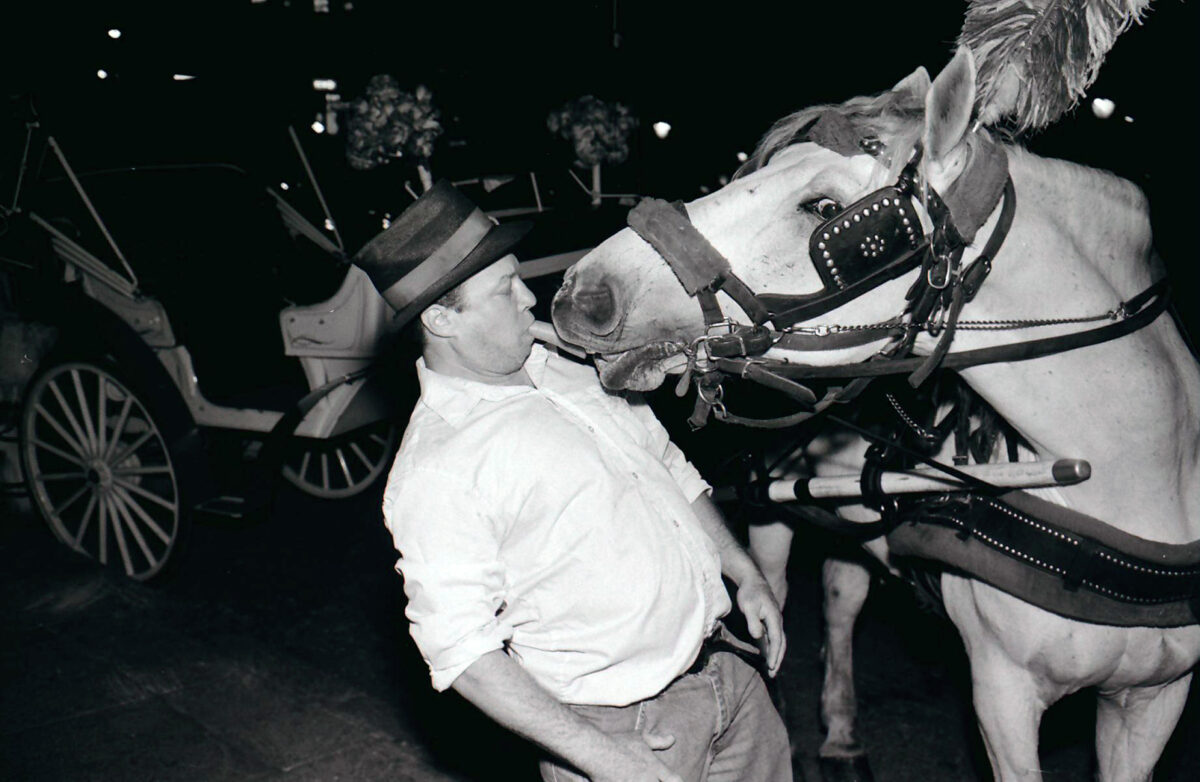 Manhattan often seems like a stage where performers and exhibitionists of all varieties put on a non-stop show.  I started documenting these “performers” in 2008, as the country slid into a recession.  I needed something to distract myself from the increasingly grim economic news, so I began to seek out small-venue circus acts, magicians and clowns to photograph.  After a few months of photographing organized performances, I started to see theater everywhere: in the streets, in public spaces, in the subway, at festivals where people showed off costumes, in Times Square, at political demonstrations…the spectacle was endless.  I worked with my quiet, discreet Leica camera, photographing in a fluid, fast-moving style that suited the mercurial nature of my subjects.

As an observer who tries to be as inconspicuous as possible, I’m drawn to those brave individuals who display themselves and are able to escape from the constraints of the mundane world, at least for a little while. There was something very old-fashioned about street performers, acts on seedy stages, or wildly costumed individuals in the Greenwich Village Halloween Parade that called out for a photographic medium from the pre-electronic age.

All of the photographs were made on black and white film that I processed and printed myself, both for the timeless, classic appearance of that medium and its permanence as a historical record.  Each image is a unique, hand-made object that can never be duplicated exactly, which is a large part of the beauty of traditional black and white photography.